Living within Canada for the majority of my life has desensitized me to the use of public transportation. I bought my first car at 21 years old and I was driving it until I left in March 2018 to move to Germany.  Driving a car is conditioned to most of the middle-class (and upper-class) folks – making a generalization here; driving from around 16-years-old onwards in the suburban communities, cities, and towns that make up a large part of the Canadian population.  When I was a university student, I was fortunate to live under a 30 minute walk to the university campus. I also had a bus stop right in front of my house for those blizzardy, rainy, or lazy days. Most of my experience with public transportation in Canada lies with the 3 stops that I would, on occasion, take to get to class in time over a 6 year period (during both a Bachelor’s and a Master’s degree). Traveling in and around a few Western European countries and Australia are where my experiences with transit does exist.  When you are traveling for brief periods of time, there are different options to explore a city: One of the quicker ways to get-around is to purchase a transit pass to make it to your preferred destinations. Would you talk to the person beside you on a bus? Will you smile at the child across the tram? Are you feverishly looking through your phone or guidebook?

Alternatively, there is the option of walking. I’m an avid walker. I enjoy the pace of walking, I like to see what’s in a store window or how a tree differs from the one beside it. 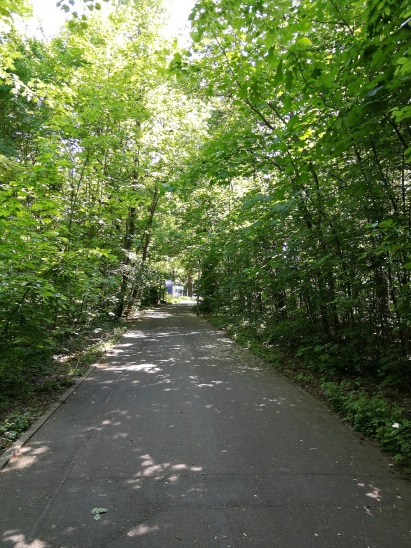 Walking is easy, especially with my Google Maps app constantly in hand.  Walking is free. I have lots of experience walking, as I think most able-bodied people might. When you’re young, you walk around the neighbourhood, run and play with friends. As you grow, you walk to elementary and secondary school (unless you take a bus), you walk to meet-up with friends before you are legally allowed to drive a vehicle, and even then, you are probably at the mercy of your parents.  I’ve lived in a city core since I first moved away from home for university and I can’t imagine it any other way. I can easily walk to a grocery store, a pharmacy, a few restaurants — all sorts of places that I visit.  Having close access to amenities is helpful when you can easily walk to them. When walking, you move at a pace that allows for a general human interaction, for example, smiling as you pass someone else on the sidewalk or street.  You can watch the people around you, some as they glide past you on bicycles or at a quicker foot pace.

When moving to a new city, let alone a new country, some of the routines one (or me in this scenario) has become used to changes.  A generalization for European countries, is that they are built for public transportation, cycling, and walking. They’re ancient cities that were built well before the automobile was ever even an idea. For reasons like those listed above, it makes the use of public transportation easily accessible and often a cheap alternative to an automobile, especially when somewhere new. 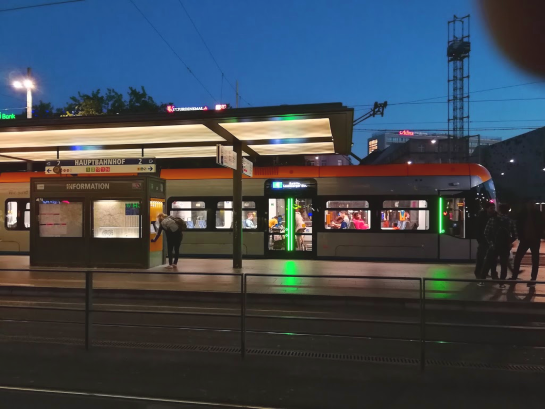 Within my first week or so in Germany, I was frequently taking the tram. I needed to go to the hardware store to pick-up apartment supplies, to go to a larger supermarket to purchase staple kitchen items, and so on.  While I was taking the tram so often, I could not help but notice my surroundings; how people interact (or not) with others in this public space.

One of those tidbits we might take for granted while on public transportation is linking up with language speakers we identify with. For example, on the way home from one of my many trips to the hardware store, I overheard two people having a conversation about the uncharastically cold weather here this time of year, in English. I chimed in “and windy”. Immediately, I was added into their conversation and what, I assume, they already talked about, we then went over our origin places (Texas, US, Queensland, AUS, and Ontario, CAN respectively).  Would I pipe into a conversation I heard between two Germans on said tram? No, not just because I don’t fully understand the language so I do not feel equipped enough to speak up with my piece of mind, but also, I don’t think the German culture encourages strangers to converse amongst one another on public transportation. Also, when you make the choice to live abroad in a different country – I’m going to stereotype again here – you usually are open-minded about different cultures and are interested in chatting with people from other places. You might take simple solace in hearing the same language you are most familiar with when your brain is in overdrive everyday you walk out the door and speak to someone. I find it interesting, that I myself also participate in this action of being drawn to what is familiar.

Familiarity and a sense of comfort or belonging. At which point does anyone feel this? When considering the topic of public transportation, for myself, familiarity comes when I recognize landmarks or become familiar with street names. I would not say that I feel comfortable yet or a sense of belonging while taking the tram, however my daily schedule is rather unscheduled which could be a contribution. Perhaps sharing a daily commute with others might instill an unspoken belonging.  Or the more I walk around intermingled with public transit, I will feel more comfortable in the public surroundings. People who frequently use public transport are said to experience further awareness to self identity and perception while in new and foreign spaces (“Lost & Found: Making Sense of Foreign Spaces and the Self with Public Transit”).  This could either be helpful as a way to explore what our internal feelings and perceptions mean, but could also lead to further ambiguities within an already unknown space.

I view city infrastructure in Germany, in this case in Leipzig, to be built for public transit, flexible individual movement, where automobile traffic can become quite hefty at certain times during the day. There are streets all throughout the city centre that are for pedestrians, even cycling through certain areas can lead to a fine from the police.  Walking, or cycling, allows for exploration which cannot be obtained by taking public transportation. Trams and buses are often on heavily used routes throughout the city, creating and maintaining convenience for its users in destination locations. Die Bushaltestelle are centrally located to keep it easy for users, most often on main streets. Wanting to see more of a city or a place then requires one to get off or out of the transit networks and wander.

At this juncture of exploration, someone might extend their comfort level by moving into the unknown, and at times, uninhabited.  When moving freely from specific lines of transportation and movement, there are opportunities to see and experience more of the local.  Walking through quiet streets of a given neighborhood, for example, leads to finding the “hidden gem” restaurant or cafe, maybe the most beautiful piece of street art, or saying hello to someone.  Uncertainty can be positioned in a positive way as city centres continue to expand and grow (“Uncertainty and Urban Life”).  There is something inviting, at least to me, about walking around and exploring a new or different place. Especially if it’s a different culture and there are architectural differences.

Walking, cycling, taking the public transit, are all methods of moving around a space. Automobile mobility is another story for another day. The cycling culture here is definitely something to consider, it is much faster than traveling by foot, but I still prefer foot movement opposed to a bicycle, paddling my way somewhere. Finding oneself on smaller streets, less frequented by cars, makes it a quieter way to go, and often a nicer area for scenery.  It is most often illegal to drive a car through a park, or even a bus or tram, but cyclists and walkers have free reign of movement through gravel paths and paved lines. I will pack-up my laptop from the cafe I currently sit in, sling my bag around my shoulder, and walk out to my next venture for the day.

2 thoughts on “Transportation Networks: Moving Bodies through the City”